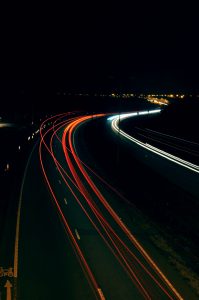 END_OF_DOCUMENT_TOKEN_TO_BE_REPLACED

December 22, 2020: ELLIS COUNTY (CBSDFW.COM) — Two family members were killed, and two others were injured after a tragic December 14 crash involving a passenger van and a semi tractor-trailer.

Officials with the Milford Police Department confirm two people in the van died and two others were injured — one serious, one minor — in the afternoon crash on Interstate-35E in south Ellis County.

It was around 5:30 p.m. when police were called out on a “two vehicle major accident”. Once there officials said they quickly realized they needed help and called in more than half-dozen agencies — including DPS, Italy Police and Fire, and Ellis County Sheriff’s deputies.

END_OF_DOCUMENT_TOKEN_TO_BE_REPLACED

There are plenty of roads in Texas that do not have a physical median separating the lanes as vehicles move in opposite directions. This road design, coupled with distracted or reckless driving, often becomes the perfect storm for dangerous car accidents. Head-on accidents, for example, most frequently occur on this type of roadway when the at-fault party veers across the center dividing line and crashes into a car coming in the opposite direction.

In a recent news report, six individuals were killed in a deadly head-on highway car accident. According to the Texas Department of Public Safety, two vehicles were heading in opposite directions when one of the cars veered into the neighboring lane and crashed head-on with the other vehicle. The eastbound vehicle was carrying three passengers, who all died at the scene. The westbound car was carrying six passengers, and three were killed in the crash. The remaining passengers of the westbound vehicle were transported to local hospitals to treat their injuries. All of the passengers in the eastbound vehicle were wearing seat belts, whereas only the driver of the westbound car was wearing his seat belt. The crash remains under investigation by local authorities.

In Texas, like other jurisdictions, head-on car accidents can lead to a host of legal issues. Distracted driving or drowsiness are often common causes for these often-fatal crashes, as well as drunk driving or speeding.

END_OF_DOCUMENT_TOKEN_TO_BE_REPLACED

December 17, 2020:  A Universal City woman died on Interstate 35 on Saturday night December 12th after an SUV crashed into her parked car, sending her into incoming traffic, according to officials.

Karla Barraza, 21, was standing in front of her Volkswagen Jetta, which was disabled in the 21500 block of the southbound side of the highway in Schertz, when a Nissan Rogue crashed into it around 10:51 p.m., Schertz police said in a statement.

The collision threw her into a northbound lane, where she was hit by a passing car, according to the statement.

END_OF_DOCUMENT_TOKEN_TO_BE_REPLACED 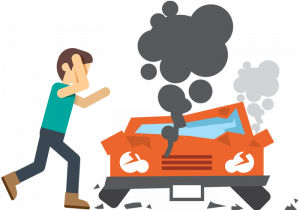 END_OF_DOCUMENT_TOKEN_TO_BE_REPLACED

When a Texas chain-reaction car accident occurs, it can often have devastating consequences. On top of potentially being more likely to cause injuries or death, these collisions are often more complex because of all of the parties involved. Establishing an accurate timeline that maps out exactly how the crash happened and who should be assigned which portion of fault can be a significantly challenging issue on its own. However, if a fatality follows an already complex series of crashes, the situation becomes even more complicated to navigate.

According to a recent local news report, a series of car crashes involving four vehicles left a teenage boy dead. The incident started when a Mercedes broke down on the side of the road when it ran into mechanical issues. Both occupants exited the Mercedes, and moments later, a Dodge pickup saw the Mercedes and stopped behind it. A Nissan traveling on the same road with a 17-year-old passenger slammed into the back of the Dodge pickup and hit another car on the road. The series of crashes concluded when the Nissan crashed into the rear of the Mercedes, which pushed it across the median and into the feeder road. The 17-year-old teenager who was riding in the Nissan did not survive the crash. Firefighters worked for nearly 45 minutes to free the driver of the Nissan, who barely escaped fatal injuries and was transported to a local hospital. According to law enforcement, there was no reason to believe that drugs or alcohol played a role in the crash, and the accident was likely caused by speeding.

In Texas, if a fatality occurs following a crash, it could potentially give rise to a wrongful death claim. Potential plaintiffs must understand the mechanics of bringing these claims. First, the party bringing the claim must prove that the deceased was not responsible for causing their own death and that it resulted from the negligence of another party.

END_OF_DOCUMENT_TOKEN_TO_BE_REPLACED

Nov. 11, 2020, McCLAIN COUNTY, Oklahoma:  Investigators said a truck driver was driving distracted on Interstate 35 where he killed a woman and injured her husband. Oklahoma Highway Patrol troopers responded to the crash on March 2, 2020, near mile marker 82 in McClain County.

A semi-truck driven by 58-year-old Johnny Spradlin was surrounded by other vehicles approaching a construction zone.

Investigators said surrounding vehicles slowed down, but the 18-wheeler driver Spradlin did not. He crashed into a 2016 Chevy Traverse driven by 63-year-old Julia Kraus and her passenger husband around 9:30 a.m. Kraus was pronounced dead at the scene.   Kraus’ husband was injured in the crash but survived.

END_OF_DOCUMENT_TOKEN_TO_BE_REPLACED 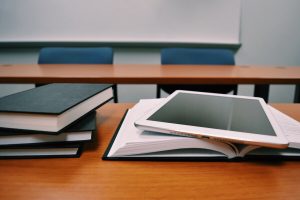