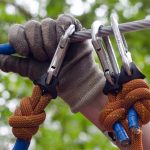 As such, the court analyzed the case under Colorado law. The plaintiff argued that the company could not establish that the parties’ intention is clear and unambiguous. However, the court found that the forms were straightforward and uncomplicated and specifically addressed the risk that caused the victim’s injury. Moreover, the liability contained bolded emphasis on the release of liability. Finally, the victim completed the forms months before the trip, and the court determined that he had time to express any difficulty understanding the forms. However, the court conceded that the victim did not have rappelling experience, but that on its own, does not invalidate the release. This case highlights the importance of contacting an experienced attorney to determine the best course of action after an accident.

Have You Suffered Injuries During a Texas Excursion?

If you or someone you love has suffered injuries or died in a Texas accident, contact the attorneys at Carabin Shaw. Our firm’s San Antonio personal injury lawyers have nearly 30 years of experience advocating on behalf of Texas injury victims and their families. Our office has recovered significant amounts of compensation for our clients. We handle injury cases involving Texas motor vehicle accidents, pedestrians, premises liability, defective products, recreational activities, and medical malpractice. Our lawyers provide clients with respect, compassion, and aggressive representation at every stage of the process. Contact our office at 800-862-1260 to schedule a free initial consultation with an experienced attorney on our team.