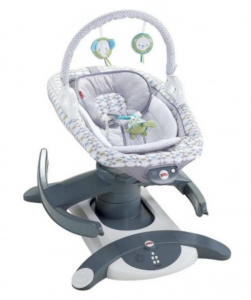 Various state and federal agencies regulate the safety of infant and baby products. While these agencies possess the power to administer and enforce federal safety laws, many dangerous products continue to make their way into the consumer stream. Every year infants and children in Texas experience exposure to dangerous and potentially life-threatening products. When this occurs, family members should consider filing a Texas product liability claim against the defective product’s manufacturer or retailer.

For instance, Fisher-Price is once again recalling one of its most popular infant products. The U.S. Consumer Product Safety Commission received reports citing the Rock n’ Glide Sleeper as the cause of four infants’ deaths. In each of the cases, the infants were placed unrestrained on their backs in the sleeper but were later found unresponsive on their stomachs. The deaths included infants ranging from 11 weeks to 4 months old. The current recall comes after a similar situation in 2019, in which the company agreed to recall its Rock’ n Play sleeper after several babies suffocated after rolling to their stomachs in the device.

Texas product liability lawsuits generally fall under one or more of the three types of defective product claims. The claims generally stem from design defects, failure to warn claims or manufacturing defects. Design defect claims apply when a product’s defective design poses a danger to the user. Claimants in these cases must establish that the company could have used a less dangerous design, the alternative design would not pose an unreasonable financial burden, and the alternative design would have maintained the product’s purpose and use. Failure to warn claims applies when a product poses an unreasonable danger even when used according to its directions. Finally, manufacturing defects claim that the product is defective because of an error that occurred during production.