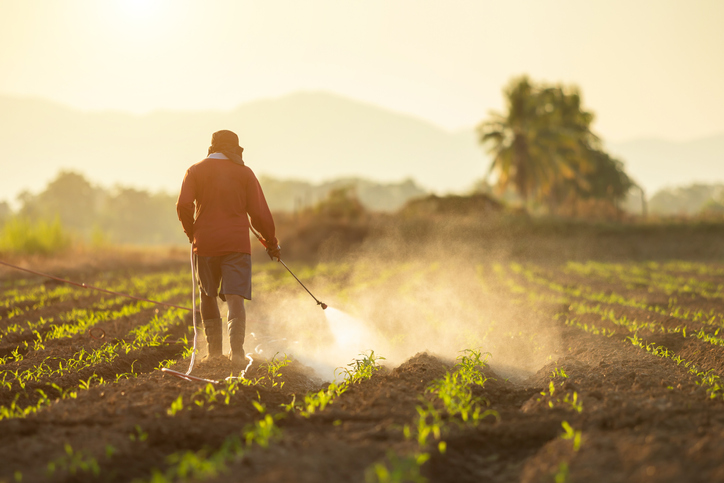 What is Paraquat? Paraquat, also known as Gramoxone, is an herbicide primarily used for weed and grass management. However, According to the CDC (Centers for Disease Control and Prevention), It is a toxic chemical. The CDC also states that the highly poisonous herbicide marketed to the United States has safeguards such as a blue dye, a sharp odor, and an added agent that induces vomiting if ingested. These safeguards are in place to warn potential users of its toxicity. Because this herbicide is so toxic and can lead to fatal poisoning, only licensed professionals can use it.

Why is Paraquat Used? The herbicide kills weeds and unwanted grasses because of its incredible effectiveness, which is why, in the United States, commercial farmers and agricultural workers have used this product to control their land’s unruly weeds and grass since 1964. Before harvest, it also is used as a defoliant on crops, such as cotton. There are many uses for this herbicide, but unfortunately, the consequences can be fatal.

How can you get poisoned by Paraquat? Acute poisoning can occur because of accidental ingestion, inhalation, or skin exposure by an individual. It can cause damage to the lungs, intestines, stomach, and mouth when ingested in small amounts, while in large quantities, it can damage multiple organs and lead to death within hours. The most common way of getting poisoning from this herbicide is by accidentally ingesting it. Unfortunately, there is no antidote after getting poisoned by this toxic chemical.

What is Parkinson’s disease? Parkinson’s disease is a neurodegenerative disease that affects mobility. Symptoms may begin to show themselves slowly, like a slight tremor in one hand. In fact, with this disease, tremors are very common. In addition, slowed or slurred speech and your face showing little or no expressions are symptoms. This disease, unfortunately, cannot be cured. However, some medications can improve symptoms significantly.

At the personal injury law firm of Carabin Shaw, we represent individuals and families in cases stemming from all types of product or drug defect lawsuits. Our experienced and knowledgeable product liability attorneys have given those affected high-quality legal representation for almost three decades. We realize how challenging this time can be for the victims and those dear to them and strive to do everything in our power to make the process as easy as possible. If you or someone you know has been affected by Paraquat, contact our office for a confidential and free consultation at 800-862-1260. We will not bill you for our services unless we can recover compensation on your behalf.