A witness told officers that the driver ran east away from the scene. Police set a perimeter around the neighborhood and called in a K-9 to help search for the driver, later identified as Davis, in the backyard of a nearby home.

Davis was taken to a Beaumont hospital to be medically cleared and then taken to the Jefferson County Correctional Facility police said.

Beaumont EMS paramedics took a man, woman and a child to the hospital and the child later was taken by medical helicopter to a Houston hospital for treatment. 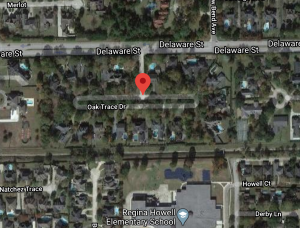 DANGERS OF DRINKING AND DRIVING

Every day, 29 people in the United States die in motor vehicle crashes that involve an alcohol-impaired driver. This is one death every 50 minutes. The annual cost of alcohol-related crashes totals more than $44 billion.

You can help keep yourself, your loved ones, and your community safe from drinking and driving by:

If you, a family member or loved one has been injured or has suffered a wrongful death due to driving accidents, or personal injury, contact an attorney who specializes in these cases to review your legal options.  You may be entitled to compensation for damages, medical treatments, and lost wages due to the incident.