Thursday, August 13, 2020, HOUSTON, TX — A portion of Sam Houston Parkway westbound in north Houston was shut down early Wednesday August 14th, after a driver was killed in a crash with a tow truck, according to investigators.

The victim has been identified as a 23-year-old man. It happened about 2:45 a.m. Wednesday in the westbound lanes of Sam Houston Parkway Beltway 8 near John F. Kennedy Blvd.

The 23-year-old driver of a Chevy Tahoe was trapped inside their vehicle due to the accident and according to police, was pronounced dead at the scene. It’s still unclear what caused the Tahoe to crash into the tow-truck.  The Parkway was shut down for several hours before reopening shortly after 7 a.m.

Investigators said the tow-truck was at the scene of a burning SUV when it was struck by the Tahoe while moving into the main-lanes. The tow-truck had its emergency equipment on, and the damaged SUV was in tow. 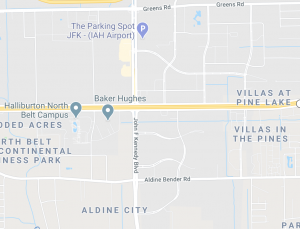 THE MOVE OVER / SLOW DOWN LAW

The new addition to the Move Over or Slow Down law requires motorists to move out of the lane closest to the TxDOT or other emergency vehicle including in use tow-trucks when possible or reduce their speed to 20 miles per hour below the posted limit. If the road does not offer multiple lanes, the driver must slow down.

The state’s Move Over/Slow Down law, which traditionally has required drivers to yield to police, fire and emergency vehicles, has been expanded to provide that same protection for Texas Department of Transportation (TxDOT) workers and other emergency and utility crew vehicles.

Drivers must move over or slow down when approaching TxDOT workers and other vehicles that are stopped with overhead flashing blue or amber lights.

Remember to Move Over!  The law requires motorists to move out of the lane closest to the TxDOT vehicle when possible or reduce their speed to 20 miles per hour below the posted limit.

If the road does not offer multiple lanes, the driver must slow down. On roadways with posted speed limits of 25 miles per hour or less, drivers must reduce their speed to 5 miles per hour. Violators can be fined up to $2,000.

If you, a family member or loved one has been injured or has suffered a wrongful death due to driving accidents, an 18-wheeler or tractor-trailer crash, an auto accident or another personal injury, contact an attorney who specializes in these cases to review your legal options.  You may be entitled to compensation for damages, medical treatments, and lost wages due to the incident.